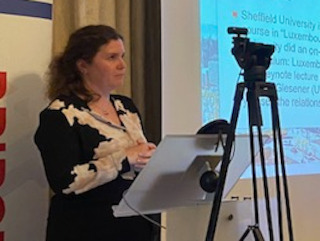 Prof. Dr Catherine Léglu
Vice-Rector for academic affairs, of the University of Luxembourg 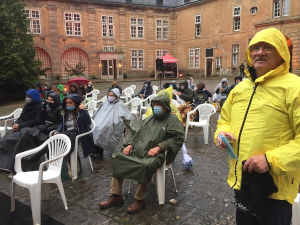 On Monday September 28, while other BLS members were attending the lecture by Mme Léglu 'The University of Luxembourg and its future plans', eight courageous members of the BLS English Literature class attended an excellent but very rainy performance of TNT theatre Britain’s production of Othello at Beaufort Castle. 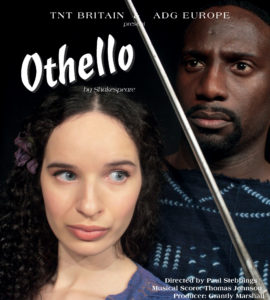 OTHELLO is Shakespeare’s most perfect play, a masterpiece of dramatic construction. OTHELLO is a thriller, a love story, a tragedy and an exploration of race, prejudice, power, war and human folly. OTHELLO was written by Shakespeare at the height of his powers, its poetry is finer than HAMLET, its psychology deeper than MACBETH, its love story more compelling than ROMEO AND JULIET, its heartbreaking tragedy more moving than KING LEAR. OTHELLO might be the finest play ever written. 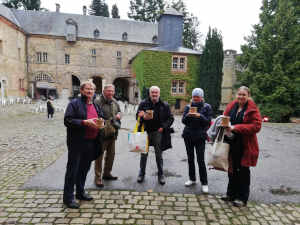 At the end, the actors applauded the audience for staying on in spite of the rain! 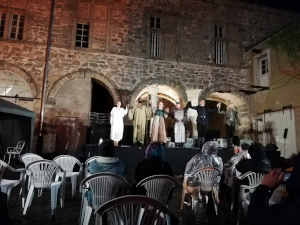 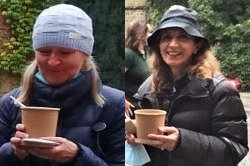 The annual British-Luxembourg Society party was held at the Residence of H.E. the British Ambassador, on Wednesday, 18th of September 2019.

(click for slideshow)
As last year, a London bus service to and from the Residence was provided leaving from Place Glacis. 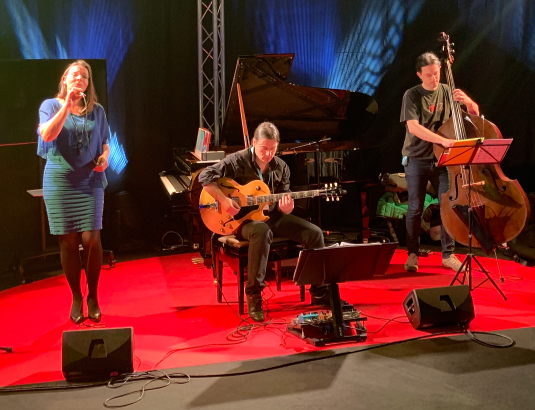 Musical entertainment was provided by the Edith van den Heuvel Trio (Edith van den Heuvel - voice, Paulo Simoes - guitar, Vedran Mutic - bass) who will play a mix of jazz classics, bossa nova and some pop songs.
We thank Wilson Associates for their generous sponsorship
of the London Bus Service and the Music.

8 February and 16 March 2019: The BLS arranged for two visits to the Military Museum in Diekirch: