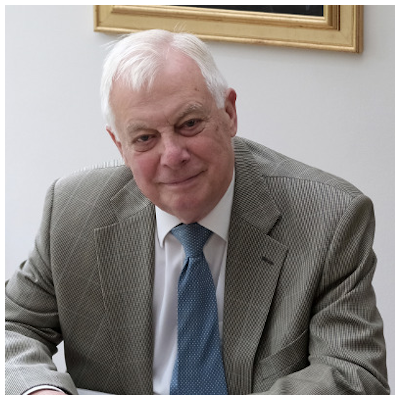 spoke on-line on the subject of

"China and the New Global Balance"

Lord Patten is Chancellor of the University of Oxford and former European Commissioner for External Affairs.
He was the Chairman of the Conservative Party from 1990 to 1992 and the last Governor of Hong Kong from 1992 to 1997.

The on-line lecture was held jointly with the Bridge Forum Dialogue as well as our usual partners at the British Embassy, the Oxford University Society of Luxembourg and La Fondation Nationale de la Résistance (FONARES).

The Questions and Answers session was hosted by Sir Nicolas Forwood, Patron of the British-Luxembourg Society.