who will speak on

Jean-Claude Juncker was born in 1954 in Luxembourg. He studied law in Strasbourg and in 1974 he joined Luxembourg’s Christian Social People's Party (CSV – EPP family).

Jean-Claude Juncker served in many governmental posts, most visible as Prime Minister of Luxembourg (1995-2013), as the President of the Euro Group (2004-2013) and from 2014 to 2019 as President of the European Commission.
By the time Juncker left office, he was the longest-serving head of any national government in the EU and one of the longest-serving democratically elected leaders in the world, with his tenure encompassing the introduction of the EURO, the European financial and sovereign debt crisis, the migration crisis in 2015 and Brexit.

We wish to thank the Abbaye de Neumünster and FONARES
and our sponsor HSBC Continental Europe, Luxembourg for their generosity 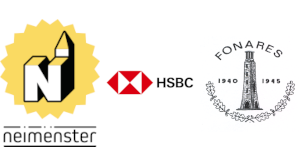 Please login to register for this event