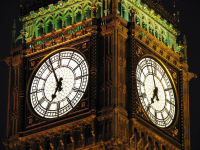 Following the very successful 2019 BLS trip to Cambridge, in 2020 we will be going to London and have an exciting programme planned:

A sandwich lunch at Middle Temple Hall followed by a tour of the buildings.
The Honourable Society of the Middle Temple, commonly known simply as "Middle Temple", is one of the four Inns of Court exclusively entitled to call their members to the English Bar as barristers. We will be accompanied by Sir Nicholas Forwood, one of the Patrons of the BLS.

Dinner at the Reform Club Pall Mall.
The Reform Club was founded in 1836, in Pall Mall, in the centre of what is often called London's Clubland. The founders commissioned a leading architect of the day, Charles Barry, to build an imposing and palatial clubhouse. We hope to welcome the Luxembourg Ambassador and his wife as our guests.

Visit to the Houses of Parliament – House of Commons / Lords – arrangements pending the outcome of the UK General Election on 12th December.

Visit to the Insurance centre of Lloyds of London

Guided tour of the Royal Opera House Covent Garden – front and/or back stage.

Victoria and Albert Museum - Private talk by the curator of the upcoming exhibition: Kimono- Kyoto to Catwalk - followed by a visit to the exhibition. 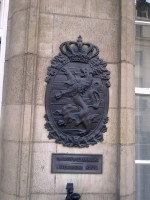 An opportunity to visit the Chelsea Flower Show
Held at Chelsea since 1912, it is the most famous flower and landscape gardens show in the United Kingdom, and perhaps in the world.

This would be ideal for Sunday prior to departure for Heathrow. The Wallace Collection is a national museum, with free entry, which displays the wonderful, mainly French, works of art collected in the eighteenth and nineteenth centuries by the first four Marquesses of Hertford and Sir Richard Wallace, the son of the 4th Marquess.

The travel and accommodation will, as last time, be handled by Voyage Emile Weber and will include travel insurance.

We appreciate that accommodation is always a significant portion of any tour and London is no exception, especially at the beginning of the summer season with the Chelsea Flower show in progress. We are exploring various options with prices in the range of £300-360 per night for a double room including an English breakfast. Single rooms and single occupancy quotes will also be obtained.

For the present our preferred option is:

Durrants was established in 1789 and has been owned by the Miller family since 1921 and is one of the last privately owned remaining hotels in London. It is located near to Marylebone High Street, the Wallace collection art galleries are located opposite, while the shopping of Oxford Street is just minutes away.

These rates include full English breakfast.

Some of the events and tours will be provided free of charge. Some meals will be self-pay.

Voyages Emile Weber will be arranging travel and accommodation.

A very rough estimate of the cost of travel and accommodation is €850 pp for couples and €1,100 for singles.

We are under considerable pressure to confirm reservations and the BLS will need to make a, returnable, deposit to secure reservations.

Please register (below) if you would like to join this tour.
If you will be going as a couple please give their name in the comments section of your reservation.

We will let you know the total cost once we have explored the alternatives.

As we will have to make a, returnable, security deposit could you please make an initial, returnable, deposit of EUR 150 per person to the Society’s bank account LU38 0019 5155 3387 2000. The deposit may eventually also be used to cover expenses incurred during the tour (meals, entry etc)

We have received the maximum number of registrations for this trip.
Please use the CONTACT FORM to request further information.