Welcome to the British-Luxembourg Society

The British-Luxembourg Society was founded on 24 April 1947.
It is a non-profit association which strives to deepen, maintain and develop the bonds of friendship that exist between the Grand Duchy of Luxembourg and Great Britain. 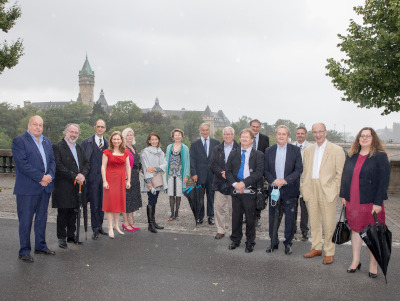 The British-Luxembourg-Society ASBL was founded in 1947 to foster good relations between Britain and Luxembourg. Among its activities since then has been hosting an annual Sir Winston Churchill Memorial Lecture with speakers including Margaret Thatcher (when in office), Neil Kinnock, Chris Patton, George Robertson, and Lord Hurd.

Following Brexit we feel it crucial to reinforce the strong bonds of friendship which have existed between Britain and Luxembourg. In this we have received the active support of the British Embassy and we are very grateful to the Ambassador HE John Marshall for this. We have updated the Statutes of the Society which had remained unaltered since 1947 and now plan to expand our range of activities and to recruit new members.

The Society continues its education programme, teaching English Language and Literature, and hopes to develop a series of social and cultural events to appeal to both British and Luxembourg members as well as nationals from other countries who have an interest in British culture.

We are particularly keen to promote the work of British cultural societies in Luxembourg and to foster relations with our sister society in London, “The Luxembourg Society”, founded in 1942.

On the 24th of April 1947 – more than 70 years ago – Twenty-three Luxembourgers, among them the future Luxembourgish Prime Minister and ‘father of the euro’ Pierre Werner (1913-2002) and one Brit founded the British-Luxembourg Society.

Motivated by their admiration and gratitude to the United Kingdom and its people, whose fight against the Nazi regime helped Luxembourgers recover their liberty and national independence, they wanted to bring the United Kingdom, its people and culture, closer to the Luxembourgers, who at that time had little knowledge about the British people. Accordingly, the British-Luxembourg Society states its aims in the first article of its Statutes in the following way: “Elle a pour but d’approfondir et de resserrer les liens d’amitié qui existent si heureusement entre la Grande-Bretagne et le Grand-Duché de Luxembourg d’autre part, à l’exclusion de toutes tendances et considérations politiques et confessionnelles.” Right from the beginning, its purpose mirrored that of the Luxembourg Society in London, its sister association, founded five years earlier, in 1942.

Over the years we have had the privilege to host this annual event and invite a series of eminent speakers from the British political, economic or cultural world.

The speakers gave a lecture on their topic of choice, generally but not always a European theme. 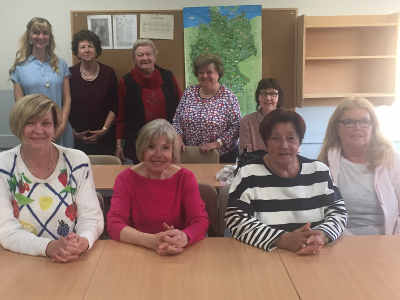 These courses help members to acquire skills, not only in English Language but also in English Literature, Luxembourgish Conversation and Art.

Currently there are nine courses:

British and Luxembourgish - St Peter’s College, Oxford Institute of Education, University of London VSO/IVS volunteer in Laos 1971-1975 Teacher of English, History and Philosophy at the European School, Luxembourg 1976 - 2017 In addition to being VP Chris manages the BLS courses and teaches the English Literature for Advanced Students course.

German and Luxembourgish - Educated at the universities of Bayreuth and Kiel, Germany, and Oxford University, Jan Könighaus started his career as a German-qualified solicitor with Freshfields Bruckhaus Deringer in Düsseldorf advising in company law, international mergers and acquisitions and private equity. He later moved to Luxembourg where he works as an in-house legal counsel in private equity and international corporate holding structures.   He is President of the Oxford University Society of Luxembourg.

With an audit background, Artur has extensive experience in various control functions within financial services organisations, which he acquired through participation in external audits, internal audits and compliance missions. Having worked in the private and public sectors, he has a good understanding of both perspectives on risk, compliance and internal control matters. Artur enjoys the multicultural environment that the Grand Duchy has to offer and believes in the team spirit.

British - Educated at Cambridge University, her career has involved much international travel as an educator and examiner in the History of Art and the Visual Arts. Lynda has held several international solo art exhibitions as a watercolorist and founded the Creative Art Centre in Dubai in 1994. Lynda’s website can be found at: www.lyndashephardartist.com

British - A Psychologist by background, for 22 years Jacqueline worked as a consultant for the EU Commission on Social Issues and Public Opinion. She then headed the Royal Academy of Dance for Benelux and France until 2016. Alongside this she worked substantially in the voluntary sector including President of Interparents, representing all European Schools in EU and President of the Women’s Commission on the Conseil National pour Etrangers.

Graduated in philosophy, German literature and European politics and is currently working for the Ministry of Foreign and European Affairs. She served as secretary of the British-Luxembourg Society from March 2019 to October 2020.

British and Luxembourgish - Graham was born in England is now also a Luxembourg national. Professionally he is both an English Barrister and an Avocat à la Cour, and has his étude in Luxembourg city. Graham has just celebrated his silver wedding with his Dutch wife, Trudy, whom he met in Luxembourg. Outside of work Graham enjoys both fitness and reading and has a weakness for old cars, cats and trees.

Nasir is the CEO of The LHoFT Foundation - The Luxembourg House of Financial Technology. He sits on the IMF’s High Level Advisory Group for Finance and Technology and the OECD’s Blockchain Expert Policy Advisory Board. Nasir has worked in Financial Services for 24 years and across eight countries. He has a BSc from the London School of Economics, is a Sloan Fellow from London Business School and is an Honorary Research Fellow at University College London.

British - Her Britannic Majesty's Ambassador, Luxembourg Previous roles include Head of Exports, Security, Policy and Operations at the Ministry of Defence from 2018 to 2021 and Regional Director, Europe, Africa, Middle East, Central & South Asia, Defence and Security Organisation at the Department for International Trade from 2016 to 2018. Prior to 2016 she had various roles within the Reserve Forces’ and Cadets’ Associations as well as Associate Lecturer and Consultant for the Open University, among other posts. Fleur holds a First Class Honour Degree in Land Management, an MSc in Development Management, and an MBA. She is a Fellow of the Westminster Abbey Institute.

British - Educated at Cambridge University, a former judge of the General Court of the Court of Justice of the EU (1999-2015), after a career as a barrister in London and Brussels. He now lives in Luxembourg.

Luxembourgish - Graduated in law (Paris II) and in political sciences (Paris IEP). Ambassador of Luxembourg in the UK from 2007 to 2011, and previously in the USSR, the Netherlands, to the UN in NY, and in France between 1989 and 2007. His last posting was Vienna, until spring 2017. In parallel he was active as an abstract painter, and he continues his activity in this field. He has two daughters.

British - David was President of the British-Luxembourg Society 2018 - 2021 Educated at Oxford University his career in the international banking and finance industry has taken him from London to Cairo, New York, Stockholm and Luxembourg, most recently with the European Investment Bank. He is Chairman of the Oxford University Society of Luxembourg.